GSA: Should We Compare Coronavirus to AIDS? 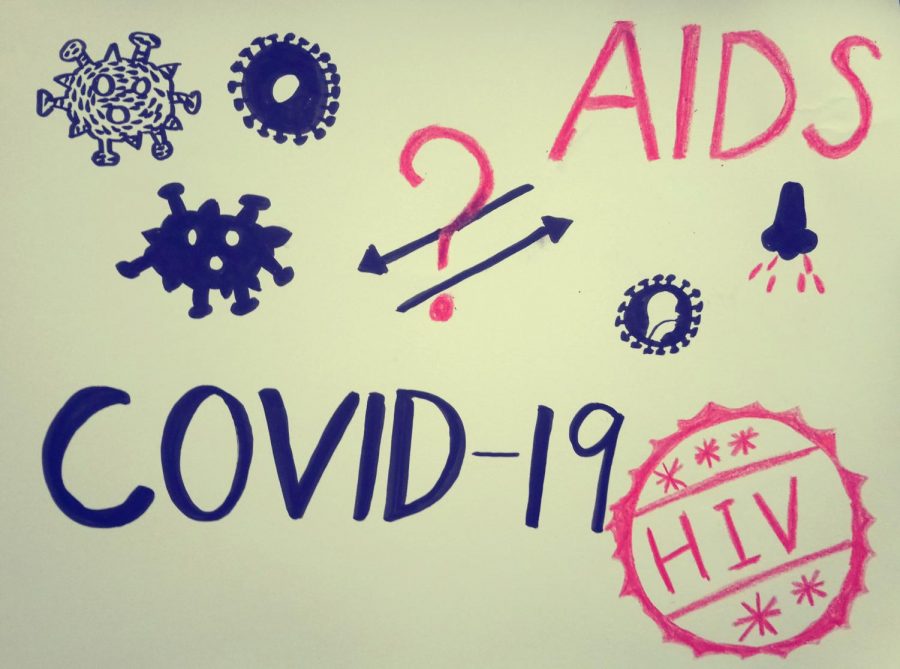 In the past few weeks, New York has become “ground zero” for the spread of coronavirus in the United States. In the city alone, there have been 106,764 confirmed cases and 7,154 deaths related to COVID-19. Public schools shut down, Broadway went dark, and the city that never sleeps is now surrounded by empty streets, empty stores, and empty subways. As New York braces itself from the rampage of the pandemic, the aging gay population in the city find themselves once again confronting a plague-like virus, while still haunted with the memory of their last crisis.

According to the Washington Post, there are roughly 800,000 LGBTQ+ identifying residents currently living in New York City, including many elder citizens who can still vividly recall the panic and uncertainty of the AIDS crisis a generation ago. Back then, they were discriminated against by churches, shunned by friends and relatives, had their dishes thrown out after dinner parties at a parent’s house, and greeted with contempt in stores by disgusted cashiers dropping change from a distance. In the worst days of the AIDS crisis, protesters were raising banners saying “One AIDS Death Every 8 Minutes” at the Grand Central Terminal and protesting against the lack of government action. Now, the older generations of the LGBT community find themselves, once again, a high-risk group in the spread of the coronavirus.

Many LGBT members are drawing parallels between the Reagan administration’s handling of the AIDS crisis and the Trump administration’s response to coronavirus: initial inaction, targeted comments assigning blame and racializing the virus, misinformation, false promises of a vaccine, insufficient testings, and public panic. In a Washington Post interview, gay elders and AIDS survivors noted that COVID-19 “feels so chillingly familiar,” and it’s bringing back a rage felt towards the government in the 1980s and 1990s.

As humans, we are prone to compare experiences and historical events. It gives clarity and meaning to our current narrative. We draw conclusions and attempt to learn from mistakes. Coronavirus has affected millions of lives over the past few months. As I have been quarantining at home and browsing through the internet for insight, I find myself repeatedly asking the question: Should we compare coronavirus with AIDS?

“I see why people would make the comparison,” said Sarah Thieler, co-leader of Falmouth Academy’s GSA. “Coronavirus has been called the ‘Chinese virus’ or the ‘Wuhan virus,’ which is reminiscent of AIDS being called ‘the gay man’s disease,’ where the name produces some stigma around each group.” She continued, “Even though people may have called coronavirus the ‘great equalizer’ at the beginning of the outbreak in the United States, we now know it’s not true because data shows marginalized groups are more affected by the virus due to a lack of healthcare and sanitary living conditions. I don’t think the two viruses should be compared in terms of their biological and scientific impact or effect, but the social response to those initially affected by the virus does produce some similarities.”

Despite their similarities, it’s important to note that coronavirus is distinctly different from AIDS, and conflating the two can be a problematic oversimplification. President Trump’s Twitter comments attempting to link COVID-19 with Chinese and East Asian people have provoked harassment and violence against Asian Americans, yet such stigmas do not define the coronavirus pandemic. Individuals testing positive for COVID-19 do not face the shame and disgrace attached to HIV. Contrary to COVID-19, the AIDS crisis primarily affected historically subjugated populations and social outcasts. It is inextricably connected with discrimination and social inequality, harming a specific group of people: gay men, people of color, and drug users. At the height of the crisis, the economy didn’t tank, cities didn’t lockdown, and the government wasn’t widely criticized for inaction, even though 13,000 Americans died before President Reagen ever publicly mentioned the word “AIDS.” It didn’t grab public attention the same way coronavirus did.

It’s important to make the distinction between AIDS and COVID-19 because tragedies intrinsically contain so much heaviness that we have to remember their specific lessons. Yes, the coronavirus and AIDS share several common themes, and while we shouldn’t argue that the current pandemic completely mirrors the AIDS crisis, we should note that both are teaching us vital lessons about inequality. When the President incites racism and xenophobia against a certain group of people, when data reveals African Americans are disproportionately affected by the pandemic, and when celebrities are tested and treated while others fail to obtain testing, the two virus epidemics start becoming alike. Yet, it’s still our duty to accurately chronicle the two different virus epidemics so that we can remember the AIDS crisis’s particular role in LGBTQ+ and the history of civil rights, while using the lessons learned to mitigate the impact of COVID-19 on these same communities – and others.