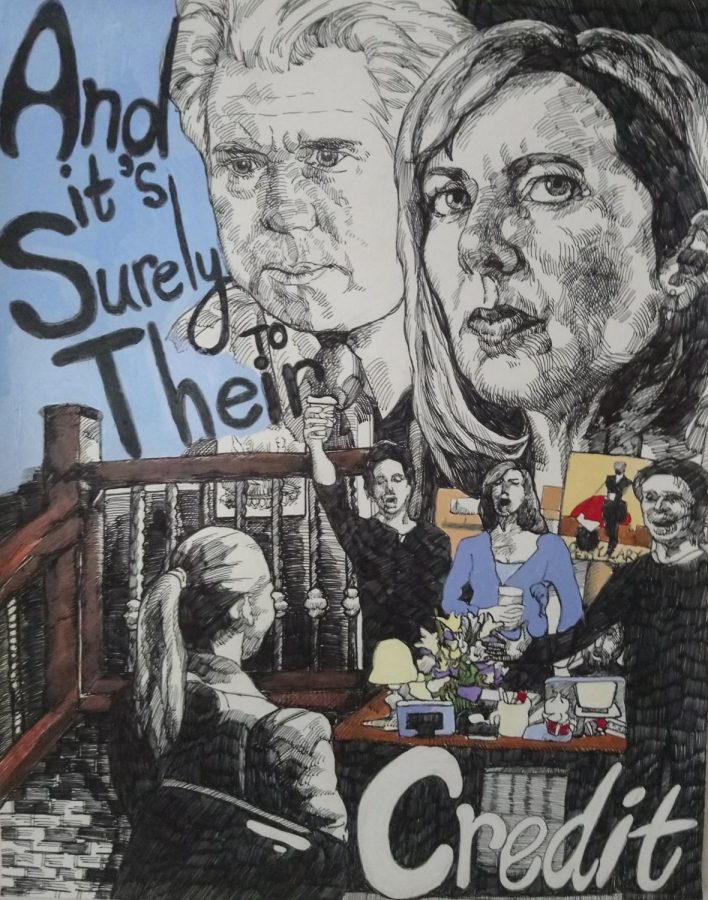 Aaron Sorkin, the writer of the popular TV show the West Wing, produced a few poignant lines on gays serving in the military. The scene echoes vividly in my head.

Sir, we’re not prejudiced toward homosexuals.

You just don’t want to see them serving in the Armed Forces?

‘Cause they oppose a threat to unit discipline and cohesion.

That’s what I think too. I also think the military wasn’t designed to be an instrument of social change.

The problem with that is that’s what they were saying to me 50 years ago. Blacks shouldn’t serve with Whites.

The unit got over it. The unit changed. I’m an admiral in the U.S. Navy and chairman

of the Joint Chiefs of Staff… Beat that with a stick.

When the last syllable of his speech punched the air, my eyes were shining with tears.

In many ways, this particular conversation has become antiquated. The LGBTQ+ related issues that Aaron Sorkin’s Senior Staff had to wrestle in the show sound like debates from another era: a violent crime against a gay college student (alluding to the real-life murder of Matthew Shepard), “DOMA” (the Defense of Marriage Act), and gays in the military. Public opinion regarding gays and lesbians has drastically changed in the last two decades. When asked about their view on same-sex marriage in 1996, only 27% of Americans showed support. Today, Gallup polls show that the number stands at 63%. In 1994, the number of Americans opposed allowing gays to serve openly in the military was 45%. By 2010, the number had dropped to 27%. On September 20th, 2011, the Obama administration repealed the “Don’t Ask Don’t Tell” policy, allowing gays, lesbians, and bisexuals to serve openly in the U.S. military. Even that was nine years ago.

=Officially instituted on February 28th, 1994, “Don’t Ask Don’t Tell” was a complicated turning point for gay rights. Participating in homosexual activities had been grounds for military discharge, albeit unofficial, going back to the Revolutionary War. Around WWII, it became official policy to cite homosexuality as a disqualifying trait during the induction process. The issue attracted major political attention during the 1970s and 1980s when the gay rights movements campaigned on controversial dismissals of service members. Despite such efforts, the Department of Defense remained persistent, issuing a policy in 1982 stating that “homosexuality is incompatible with military service” due to the need “to maintain discipline, good order, and morale” within the armed forces.

During his run for office, Bill Clinton publicly expressed wishes to eliminate the longstanding ban on gays in the armed forces. However, after entering office in 1993, his attempt to do so was met with strong resistance from both the Joint Chiefs of Staff and Congress, who continued to argue that openly gay service members would undermine “unit cohesion” and threaten combat effectiveness. After six months of congressional hearings and negotiation, “Don’t Ask, Don’t Tell” was introduced as a compromise that would allow gays to serve in the military as long as they don’t disclose their sexual orientation. The policy no longer forced service members to lie about their sexuality upon entry. However, they would still be discharged if the information became public.

It’s hard to pinpoint the legacy of DADT and its impact on gay rights. Many LGBTQ+ advocates criticizing the policy for incorporating discrimination into law. Dixion Osburn, the co-founder of the Servicemembers’ Legal Defense Network (SLDN), was famously quoted saying, “If the federal government treats gays as second class citizens, then it gives permission for everybody else to treat us like second-class citizens as well.”

Advocacy groups pointed out that the number of military personnel discharged for homosexuality increased after the government adopted DADT. According to data from the SLDN, more than 13,000 lesbians, gays, and bisexuals have been discharged since DADT was first introduced. “The idea of ‘Don’t Ask, Don’t Tell’ is a myth. The Pentagon continues… to pursue and harass every day,” said Mr. Osburn.

However, the liberal narrative that gays have faced outrageous prosecution during the years of DADT is not entirely fair. In 1998, the Department of Defense released a review of DADT’s implementation and concluded that “for the most part, the policy has been properly applied and enforced.” Addressing the increase in discharge number, the DOD stated three things: first, a large majority of the discharge came from voluntary statements; second, most of the discharges involving homosexual conduct were uncontested and processed administratively; third, more than 98% of all members discharged in the previous fiscal year received honorable discharges. According to a 2009 congressional research report, besides a few isolated incidents of harassment and unwarranted search, the overall data doesn’t support the narrative that there was general use of aggressive tactics to actively identify and discharge gay service members through force, coercion, or threat of criminal prosecution.

For many gay service members, life under DADT was nuanced and complicated. In terms of discharge, the Clinton Administration’s elusive definition of sexual orientation was full of legal ambiguity and led to conflicting rulings. Sexual orientation was defined as “an abstract preference” that is “personal and private”  when DADT regulations were based mostly on actual conduct.  In the case of Lt. Maria Zoe Dunning, after making the statement “I am a lesbian” at a 1993 rally, she was not discharged. Her lawyers argued her public acknowledgment of her sexual preference didn’t suggest intentions to practice homosexuality, and her reviewing officers believed she successfully rebutted such a presumption.

How the military adapts to social changes is a timeless question. On the one hand, there is no such thing as a constitutional right to serve. The military is a unique institution that does not observe many civilian laws and is exclusive to achieve effectiveness, arguably as it should. But on the other hand, the military has come a long way in terms of inclusion: women, people of color, and gays are eligible to enlist and serve their country, when once their service was unthinkable. Today’s debate is whether the eligibility to serve needs to be extended to transgender people?

The conversation is ongoing, and the fight for equality hasn’t ended. However, to end on an up note, I like to point to a man named Eric Fanning. Four years after DADT was repealed, Fanning became the first openly gay Secretary of the Army appointed under President Obama.  It was a sign showing how quickly progress can be made. As of today, he was the highest-ranking gay military official that worked in the Department of Defense. And what more can we say than, “Beat that with a stick!”