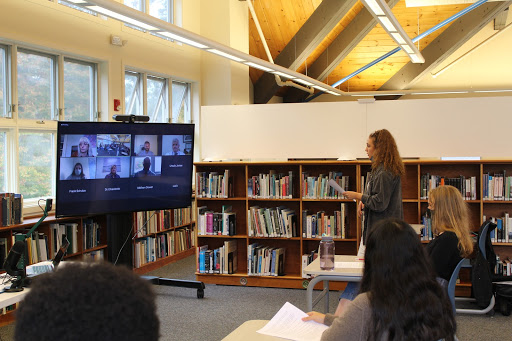 “We the People of the United States, in Order to form a more perfect Union, establish Justice, insure domestic Tranquility, provide for the common defense, promote the general Welfare, and secure the Blessings of Liberty to ourselves and our Posterity, do ordain and establish this Constitution for the United States of America.”

These words, as you may recognize, comprise the Preamble to the Constitution, which is the bedrock of our democracy: “a government of the people, by the people, and for the people,” according to Abraham Lincoln. One might think that these lofty ideals would unify our citizenry, yet they are at the core of the great ideological divide that has fueled a near collapse in our nation’s civil discourse. The words themselves are not at issue; rather, how they ought to be enacted through laws, policies, and even philosophies such as fiscal conservatism or social liberalism. Partisan opinion has become so divisive, eschewing compromise and collaboration, that there is no more middle ground for civil discussion or debate which is essential to a healthy democracy.

Civil discourse is not just polite conversation but a way of deliberating respectfully. It relies on a prescribed code of conduct rooted in respect and tolerance and practiced by active listening for the betterment of the common good.

Some degree of drama has always been part of politics. Just listen to the historically-based rap battles between Thomas Jefferson and Alexander Hamilton in the Broadway hit Hamilton, and, I am sure that each of us can call to mind a multitude of recent examples. This polarization is only amplified by 24-hour cable news and the Internet. Where once everyone got their news from a handful of trusted sources, people are now siloed into self-affirming bubbles such as conservative or liberal news outlets (Fox News, MSNBC) and targeted social media (Facebook groups and Twitter feeds) that are outside the public sphere. This sets up a closed-loop dynamic that keeps people entrenched in their own ideas, fueling the heat and noise and further diminishing the opportunity for empathy, understanding, informed debate, critical thinking, and consensus-building.

Conversations about how to form “a more perfect union” are not supposed to be easy. With our current political debates ranging from meta-issues such as climate change to more personal ones like a woman’s right to choose, it is human nature to want to retreat to a safe corner and hold tightly to our positions. When this happens, space for dialogue and respectful debate is crowded out by malicious rhetoric, willful misdirection, and even dehumanization. It may feel secure to shut out the other perspective but at what cost? The cost of democracy.

Students for Social Justice were asking questions like these when they invited State Senators Susan Moran and Julian Cyr to a virtual discussion on the breakdown of civil discourse on October 21st.  We wanted to create a space to talk about hope in the democratic process and faith in our fellow humans, a model for what we saw as missing. Student leaders prepared questions for the senators in advance, questions ranging from why the senators chose to enter politics, how they saw their role, what their positions are on particular social issues, and what advice they had for the next generation.

The event was held in the library before a live audience and with virtual attendees, with Senator Moran and Senator Cyr on Zoom. The biggest takeaways offered by the senators were to listen to one another, to find common ground, and to stay informed and involved. Senator Cyr shared an inspiring memory of Governor Deval Patrick encouraging him to stay true to himself and not succumb to being afraid to fail when he was first running for office. Senator Cyr commended the commitment to justice in the room and encouraged students not to fall prey to “Imposter Syndrome,” doubting their worth and shying away from their work. Senator Moran also encouraged the students, saying that their voices were needed now more than ever.

Although the senators were pointedly addressing the students in the room and rallying the next generation to pick up the work, what they said holds value for all of us. Each of us are responsible for how we engage with one another and are caretakers of our democracy and more broadly our world. It is our right and responsibility to be informed and involved. To quote an often-used rallying cry of President Barack Obama, who paraphrased Voltaire, “Don’t let the perfect be the enemy of the good.”