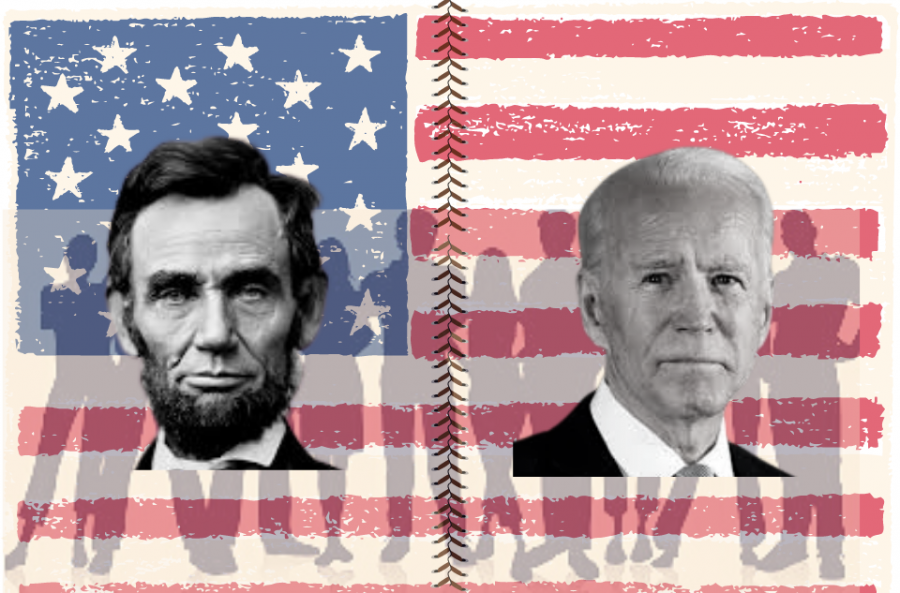 Listening to President Biden’s inaugural address left me pondering many possible topics for this column. I was full of hope for the promise of a new administration to create a representative government that looks like America – like you and me. Biden’s inaugural rally was a call for unity in an attempt to heal the polarization of our country that has led to a deep distrust of one another and of democracy itself.  He asked us all to come out of our corners and put away our partisanship to work together. What he didn’t ask of us was to fundamentally change who we are, or our beliefs, but to dig deeper to find common ground upon which to rebuild and repair. He harkened back to Abraham Lincoln, who found himself faced with a very real threat to democracy, which at that time in our country’s history, was little more than an experiment. Faced with the secession of the Confederate states, Lincoln was willing to go to war in order to fight for unity, for democracy.  The recent violence at the Capital made me question if we were, once again, in a state of widespread civil unrest. Listening to President Biden, I wondered if he thought so, too, which is why he called so earnestly for reconciliation. He was letting us know that he would lead our nation, however divided it was, and be a president for all in the same way as Lincoln.

Lincoln was a product of his times and, although he had many progressive ideas, he also had blindspots. For example, he believed slavery was immoral but was content to allow it to exist and focused his political efforts on containing the practice to the states where it already existed. Abolition wasn’t an important enough issue for him to antagonize the wealthy and influential slave-owning southern states. It was only when powerful southern landowners wanted to extend the practice of slavery into unorganized territories to the west, fueling economic expansion on the backs of cheap slave labor, that Lincoln was roused to action. It was this issue, in fact, that led him to seek elected office, which eventually led him to the White House. He was known as a political moderate, loosely aligned with abolitionists. While finding slavery morally reprehensible and defending a belief that every man should have some control over his own destiny with regard to hard work, Lincoln did not believe that whites and blacks were equal and deserving of the same social or political opportunities.

Growing up, I was taught that Lincoln was a civil rights pioneer who ended slavery in the US, a champion of the Black cause. While it is true that he signed the Emancipation Proclamation during the Civil War to free the slaves in Confederate states and supported the 13th Amendment to the Constitution at the end of the war, which ended slavery in all the states, he was more personally conflicted than his legacy suggests. A closer examination of his public life shows a progression of thought and action and even a change of heart, which I can appreciate and relate to more than the one-dimensional portrayal of the man of my youth.

In early diplomatic negotiations before declaring war, Lincoln stated publicly that he was not seeking an end to slavery but a reunification of the country. He went so far as to say that he would take either side in the debate on slavery if it meant that the southern states would rejoin the union. But three years into the bloodiest conflict in US history, Lincoln signed the Emancipation Proclamation. I wonder, did he do so because slavery was deplorable or because it provided a tactical advantage? Freed slaves could fight for the Union, and by the end of the Civil War over 200,000 freed black men had served in the Union Army and Navy.  As a matter of fact, for much of his career, Lincoln was a proponent of emigration and colonization and wanted the majority of African Americans, if freed, to resettle in Africa or Central America, citing irreconcilable differences. He believed the two races could not coexist peaceably, and that whites were the rightful occupants of the US.

However, after witnessing so many black men fighting for their country in military service, Lincoln’s stance toward slavery started to shift. Toward the end of his life, he publicly supported limited suffrage for Blacks who had served in the war. Who knows how he may have evolved as a leader if his life hadn’t been cut short at the hands of a Confederate sympathizer?

I don’t mean to throw shade on an American iconic hero but to show that there are mixed motivations in the best of us. Lincoln gives us an example of leadership rooted in his humanity, rife with contradiction, but with a willingness to engage with others and allow their opinions to change him. He remained steadfast in his engagement in civil discourse with those of varying opinions and experiences, with the fortitude to do the hard work of self-reflection that led to an evolution of thought and a change in his public political actions. This, I believe, is Lincoln’s legacy and the one Biden connected with in his speech.  Biden, a privileged white male career politician, has been given another chance and great responsibility to lead us out of our entrenched points of view toward unity. As he said earlier this week in his inaugural speech, “Our history has been a constant struggle between the American ideal that we are all created equal and the harsh and ugly reality that racism, nativism, fear, demonization have long torn us apart.”  Like the country he fought so hard to keep together, Lincoln struggled with these things within himself.

Vice President Kamala Harris said in her first official speech, “A great experiment takes great determination. The will to do the work, and the wisdom to keep refining, keep tinkering, keep perfecting.”  Lincoln proved to be an example of this kind of grit as he fought to save the great democratic experiment which was on the brink of collapse due to greed and racism.

Biden’s commitment to diversity and equity, as evident in his words and actions, from choosing a woman of color as his running mate to building his cabinet, is a bold step toward unity.  According to The New York Times gender reporter Alisha Haridasani Gupta, there is greater representation of women and people of color in Biden’s administration than in the administrations of the last four presidents. According to a diversity-tracking non-profit, Inclusive America, if all Biden’s nominations are confirmed, more than half of his 25-member cabinet will be non-white, and 48 percent will be female. White House staff and lower-level aides so far are 40 percent non-white and 60 percent female, many of whom are mothers of young children. Biden is making history—diverse and inclusive history. In a press conference on December 30, he said, “From the beginning Vice-president elect Harris and I have sought to build an administration that looks like America.” Some of the first cabinet nominations that made me sit up and take notice included Deb Haaland (the first Native Cabinet Secretary), General Lloyd Austin (the first Black Defense Secretary), Janet Yellen (first woman to serve as Treasury Secretary), and Pete Buttigieg (first LGBTQ Cabinet Secretary). Last week it was announced that Rachel Levine, a transgender woman, could be confirmed to a federal position for the first time. When I consider this, I am reminded of the soulful words of Amanda Gorman, the 22-year old poet-activist who spoke at Biden’s inauguration, “Somehow we’ve weathered and witnessed a nation that isn’t broken but simply unfinished.”

To quote Justin Timberlake, one of the many talented performers at the inaugural Celebrating America event, “Whether you’ve felt `left out ‘ “slept on,’ `better days are comin.’ ”